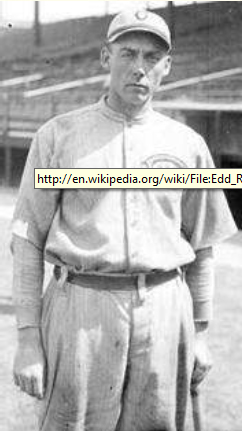 He played the majority of his career in center field, and had his best years with the Cincinnati Reds.

With the Reds from 1917 to 1926, the lefthanded hitting Roush never batted below .321, and was an instrumental part of the team’s World Series championship in 1919.

He was renowned as having the best arm of any outfielder in his era.