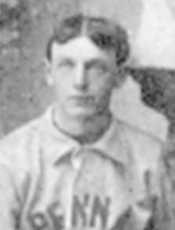 After graduating from the University of Pennsylvania, he played professionally for 11 seasons, including one in
Major League Baseball with the 1895 Washington Senators.

He also coached several college teams during and after his playing career.