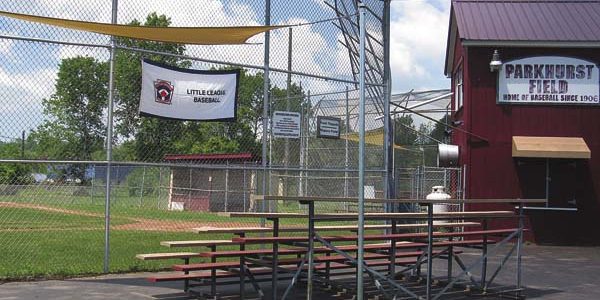 GLOVERSVILLE — The Common Council voted to remove a revert-back clause attached to two parcels of land purchased by Gloversville Little League from the city in 2013 that are now slated for development by the Parkhurst Field Foundation.

David Karpinski, executive director of the Parkhurst Field Foundation, approached the council during the May 22 meeting requesting that they remove the revert back clause that was included in the 2013 sale agreement.

Karpinski explained that when conversations surrounding the preservation of Parkhurst Field began, it was discovered that Gloversville Little League had been playing on two pieces of land owned by the city along Industrial Parkway at opposite ends of the park.

The organization approached the city asking to purchase the properties that encompass 1.476 acres and 1.206 acres of land respectively in the interest of good will Karpinski said. An assessment was performed at the time that concluded that there was no commercial value to the two small parcels and an agreement was reached allowing the organization to purchase the land for $2,500 total.

Also included in the agreement was a revert back clause stipulating that if the land was not used for Little League or baseball purposes for any period of time, the land could revert back to city ownership at no cost to the city.

Since purchasing the property, the Parkhurst Field Foundation has begun preparing plans that would include creating five regulation lighted fields, a premier field on the original 1906 home plate location of A.J&G. Park, a new grandstand with capacity to seat 750 people, batting cages, a concession stand and a museum on site.

“It was certainly a long time before this concept sprung up. We were just trying to do what was right to make sure that we weren’t playing on city land,” Karpinski said.

The state Regional Economic Development Council awarded the project $500,000 in a Consolidated Funding Application in December 2016 and Karpinski said the foundation has been making steady progress since that time.

The foundation has established a volunteer board and a home office downtown. The foundation has also engaged in a number of fundraising initiatives, raising about $50,000 so far to fund the beginning stages of the project.

According to Karpinski a development plan case study, land survey and phase one environmental study of the property with an archeological survey and wetland survey have already been completed. A lighting company is working on a design plan for the park and C.T. Male Associates has been contracted to develop site plans.

Also underway are build plans and drafting by Nicole Battisti of DM Romeyn Civil Engineering Design, PLLC with assistance from Stan Kucel of Kucel Contractors, Inc. Karpinski estimated that the project will come before the planning board within 60 to 90 days.

“As we plan this development and we look at the layout of the future park, part of what we plan on developing, especially the three new fields that take over into the wooded area of Industrial Parkway, would be on some of that land that has a revert back clause. So it’s our preference that we don’t develop $2.5 million worth of development and run the risk at some future point of part of it needing to revert back to the city,” Karpinski said.

When asked by the council why the revert back clause had been included in the original sale agreement, Karpinski said he thought the council was just being conservative at the time not knowing the future plans for Parkhurst Field.

City Attorney Anthony Casale agreed with Karpinski’s opinion of the council’s past decision.

“I think the city attorney was just being cautious in asking for that clause. When there is a monetary investment of this magnitude I think it is something that at least justifies consideration at this point in time,” Casale said.

Karpinski noted that he was making the request to remove the clause in order to clear up the deed on land already paid for in full by Gloversville Little League before approaching the planning board.

“There’s nothing that you can build on those parcels and we’ve already purchased it. It’s just for cleaning up the deed for future use,” Karpinski said. “I certainly wouldn’t want development dollars to go into something that could ever be misconstrued as to what that property is intended for.”

“In view of the potential of this project it’s very favorably disposed, or at least I am,” Councilman-at-Large Vincent DeSantis said. “You don’t want that clouded up title.”

Casale noted that if the council favored removing the revert back clause they could pass a motion and a corrective deed could be filed.

The motion was approved by all of the council members present at the meeting. Fifth Ward Councilman Jay Zarrelli was absent.