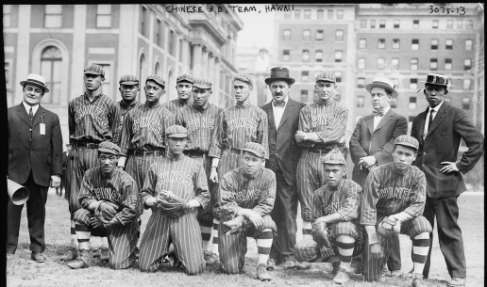 This article, dated 8-8-1912, recapped a game at, JAG Park‟ between the Danforths and the University of Hawaii‟s

The University of Hawaii had separate baseball teams for Chinese and Japanese players. The Chinese team toured the US in 1910, 1912, 1914, 1915, and 1916, at least, playing exhibition games with various college teams, industrial teams, and black teams. 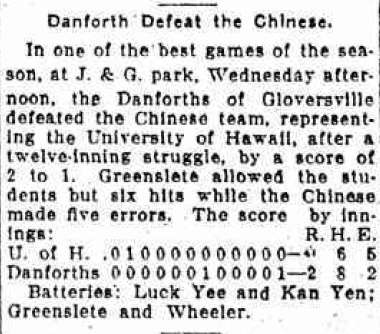 In one of the best games of the season, at J & G park, Wednesday afternoon, the Dansforths of Gloversville defeated the Chinese team, representing the University of Hawaii, after a twelve-inning struggle, by a score of 2 to 1. Greeslate allowed the students but six hits while the Chinese made five errors. The score by innings: