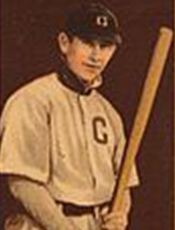 The numbers, which were worn on the players’ uniform sleeves, corresponded with information in the scorecards. Jack Graney was the first major league player to appear in a game with a number on his uniform. He was also the first batter to face Babe Ruth!