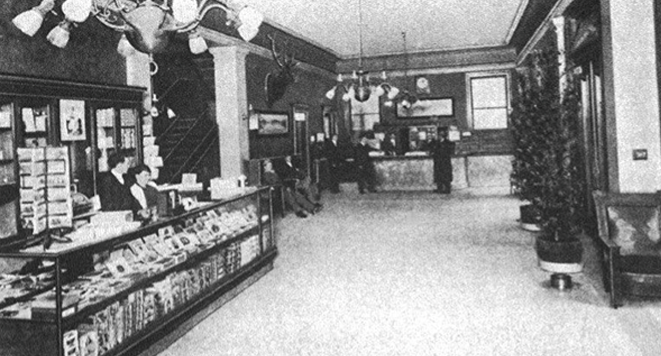 The article below dated 7/24/1907 recaps a game between the JAGs and the Pittsburgh (Pirates) Nationals, featuring future Hall of Fame player Honus Wagner, where the home team lost 5-0.

Above is a picture of the main lobby of the Kingsborough Hotel as it appeared only a few years earlier, in 1902.