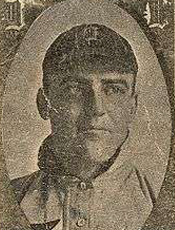 Heinie Beckendorf debuted on April 16, 1909 for the Detroit Tigers, and played his final game on September 10, 1910 for the Washington Senators.

In 1910, he reportedly caught three of the eight shutouts thrown by Walter Johnson that year.

He played for the Scranton Miners in 1907.