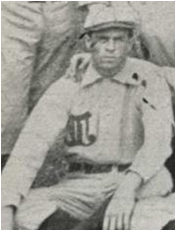 He had an extensive career as a minor league baseball player, which stretched from 1891 through 1913.

A right-handed pitcher for the 1898 Louisville Colonels, Magee had a record of 16–15.

He then continued his career with five National League teams in four more seasons.